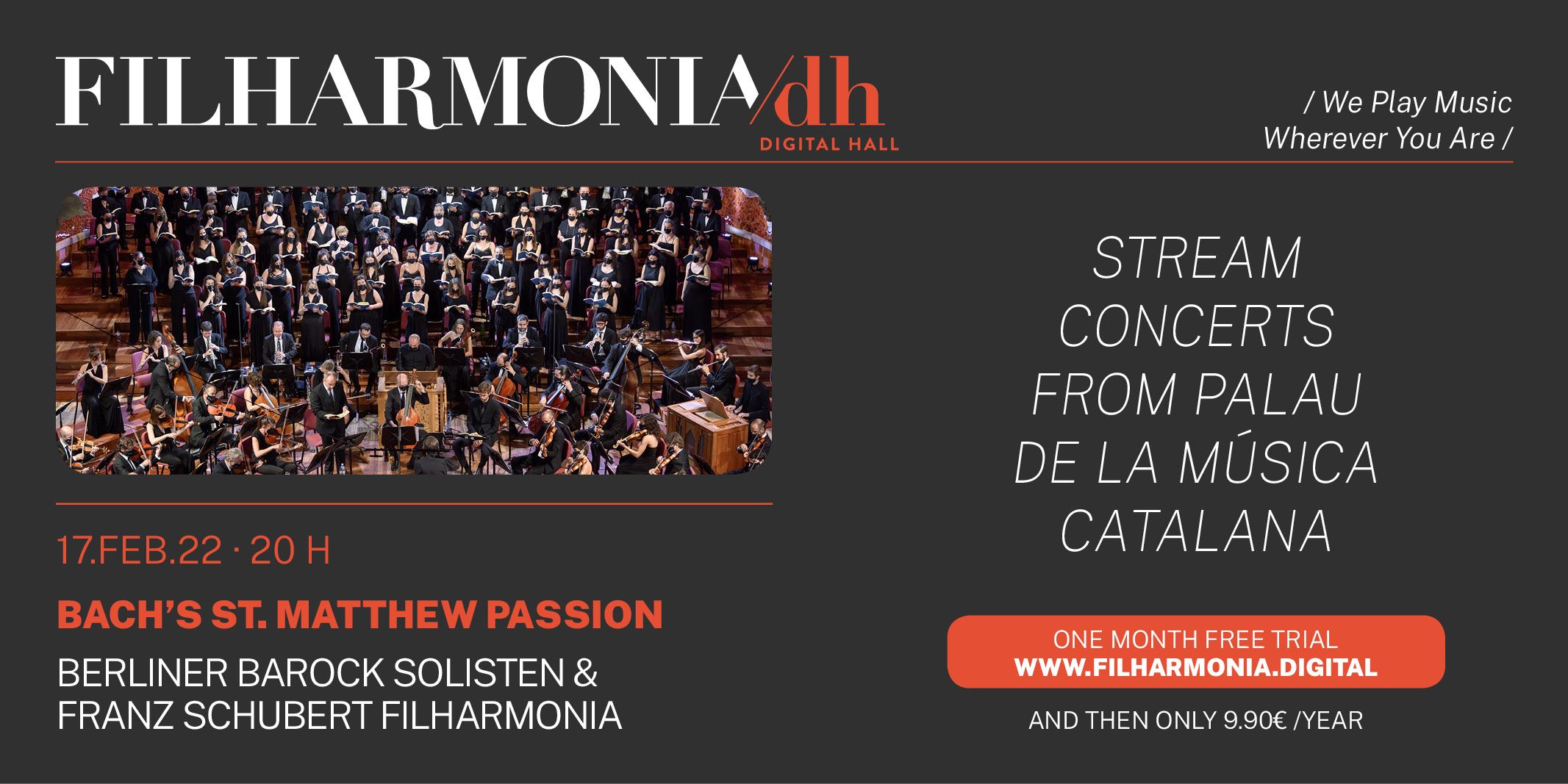 On Thursday, 17th February, at 20:00 p.m., St Matthew Passion by Johann Sebastian Bach will be premiered at the Filharmonia Digital Hall. A concert with soloists from the Berlin Barock Solisten, the Orfeó Català choir and the Franz Schubert Filharmonia under the batoon of maestro Simon Halsey, who has positioned singing as a central element in world-class institutions  he collaborates with and has played a key role in changing the level of symphonic singing throughout Europe.

St Matthew Passion  was played at the Palau for the first time almost a century after Felix Mendelssohn had conducted it in Berlin –in 1829– That performance was a  real starting point for the definitive recovery of both music and the figure of Bach.

It is known that Johann Sebastian Bach composed five Passions throughout his life. This work arrived in 1727 and presents the suffering and death of Christ according to the Gospel of Saint Mateu. It is written for a double orchestra and two choirs. The words of Christ are accompanied by the strings, while the other characters are only accompanied by the basso continuo. The exception occurs when Christ pronounces his last words: the strings no longer accompany a Christ in whom human nature flourishes.

09-02-2022/On Thursday, 17th February, at 20:00 p.m., St Matthew Passion by Johann Sebastian Bach will be premiered at the Filharmonia Digital Hall. A concert with soloists...
We use cookies on our website to give you the most relevant experience by remembering your preferences and repeat visits. By clicking “Accept”, you consent to the use of ALL the cookies.
Cookie settingsACCEPT
Privacy & Cookies Policy

This website uses cookies to improve your experience while you navigate through the website. Out of these cookies, the cookies that are categorized as necessary are stored on your browser as they are essential for the working of basic functionalities of the website. We also use third-party cookies that help us analyze and understand how you use this website. These cookies will be stored in your browser only with your consent. You also have the option to opt-out of these cookies. But opting out of some of these cookies may have an effect on your browsing experience.
Necessary Always Enabled
Necessary cookies are absolutely essential for the website to function properly. This category only includes cookies that ensures basic functionalities and security features of the website. These cookies do not store any personal information.
Non-necessary
Any cookies that may not be particularly necessary for the website to function and is used specifically to collect user personal data via analytics, ads, other embedded contents are termed as non-necessary cookies. It is mandatory to procure user consent prior to running these cookies on your website.
SAVE & ACCEPT